Шопска салата: This delicious Bulgarian salad is a new discovery for me; it's similar to a Greek salad but in my opinion, is so much better. Apparently it is named for the Shopi people in the villages to the west of Bulgaria's capital, Sofia, and was popularised (some say, invented in 1960) by the state-run tourist organisation, Balkantourist. If this is true, I'd hazard a guess that it's actually an updated traditional recipe... I cannot imagine that something like this has only been around for 50 years! 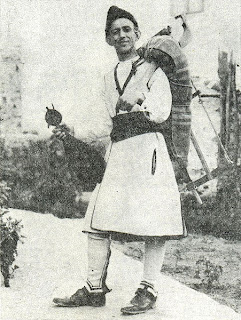 If you are unable to source any sirene (сирене...which simply translates as cheese, although I am told it's specifically white cheese), follow the advice of my lovely Bulgarian friend, Velin Bachev (do check out his work - he is a brilliant sculptor and musician!), who confirms that feta would be an acceptable substitute. He also says it's okay to crumble the feta/sirene instead of grating it... have you ever tried to grate feta? Just don't - it's not pretty! Make sure you rinse and dry the cheese really well (with kitchen roll), which makes it easier to crumble. If using feta, don't salt the salad because there's enough salt in the cheese. Unless unlike me, you are fond of overly salty food! I probably didn't use as much sirene as some of the Bulgarians do... but they probably don't need to watch what they eat like I do!

Today I am making a stand!

I've had enough of being in a funk (partially induced by illness, admittedly) and it's time to do something about it. There are things I desperately want to change, which are out of my control at the moment, so I'm doing the next best thing - changing the things I *can* change.

First up.....my wardrobe! Not change exactly but I'm having a massive clear out. If I haven't worn it for two years then it's out. And I am finally going to say goodbye to all my suits....how did I get to the point where I had 23 suits?

The footwear stays though!

Then the cosmetics - why do I have 17 different lipsticks when I only ever wear two (and one of those is rarely)? Do I need all this hair goo when 99% of the time my hair has dread extensions? And just how many hairbrushes does a woman need....especially given that she never brushes her hair because this happens?... 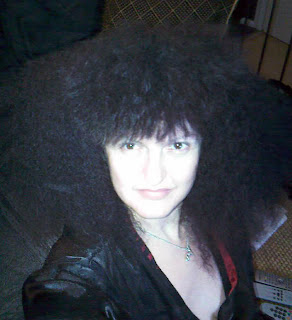 And then my workroom - I'm never going to use all the fabric I have accumulated over the years, so I may as well be rid of it. Anyone want to buy some really good quality latex, by the way?!