Copying and pasting this to your Facebook Wall will not prevent children being kidnapped, or puppies from being beaten; nor will it eradicate breast cancer, testicular cancer, or homophobia. It will not foster racial harmony or religious tolerance, and it certainly will not bring back anyone's loved ones from the dead.

Do not copy and paste if you agree... go out and do something proactive instead. 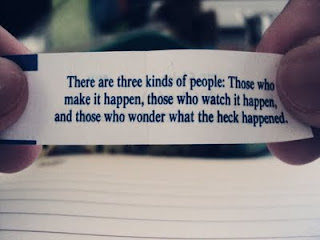 
In six weeks we've travelled to - and stayed in; twelve cities, towns, and villages, in four countries, across three continents! Two weeks ago, amato mio and I came to live in Taroudannt, in Morocco's Souss Valley. And we are loving it! 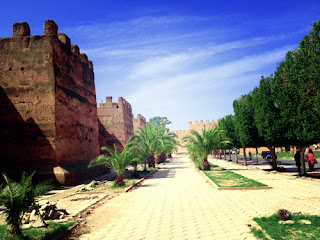 It was a bit of a culture shock at first - a world away from living in Chiang Mai, and a little bit daunting at first... but now people have got used to seeing us about (apparently most 'westerners' stay here two nights at most); shopkeepers and stallholders now wave and say hello instead of trying to get us to buy their tourist stuff, restaurant owners no longer need to give us menus, and we have made a few friends here. People are very kind and generous, and most have such a sense of fun!

We've been staying in a beautiful guesthouse, Dar Fatima, for two weeks, where we have made friends with the owners, Brahim and Jamilla (like me, they both used to be teachers!), and tomorrow we move into their apartment for the next three months - maybe longer!

Everywhere we go, people are teaching us bits of Darija (Moroccan Arabic), so we're thinking of giving up trying to learn standard Arabic because very few people here speak it! Some understand and speak French, which is fortunate for us, but we both look forward to the day when we are able to go to the souk and be able to get across in Moroccan what we'd like, rather than having to resort to speaking bits of five different languages! It's certainly a challenge... but we are getting there!

Taroudannt is pretty conservative, and I am so glad I asked around about what to wear - I came well-prepared! Barring a few younger people, who wear a mix of traditional and 'western' style clothing, most people here wear djellabas and kaftans - it's lovely!

Also lovely is that apart from some mobile 'phone shops and satellite dishes, you'd not really know the 21st century has arrived; there are no boy-racers playing boom-boom music in their cars, no nightclubs or pubs. There are no fast-food places, no McDonald's, Burger King, or Pizza Hut, and no supermarkets! There are lots of tiny family-run shops which sell things like loo roll, cleaning products etc. and a few items of pre-packaged confectionery but for the most part, the food all comes from the myriad butchers, spice merchants, grain sellers, and greengrocers etc. Oh, and patisseries of course! And there is a dairy, which sells unpasteurised products. Yum!

I have no idea what the big cities are like... but this is all the Morocco I've ever wanted. It's perfect!
Posted by Unknown at 21:24 0 comments

Can you make a living from your hobby?

I was just chatting to a friend on Facebook about people making a living from their hobbies, and we both agreed that it's unlikely to happen. And we also agreed that it's hard to tell a chum who asks for advice that s/he just doesn't have the talent or the wherewithal, that they should concentrate on finding a 'proper' job, and save the hobby for the weekend.

I'm a huge, huge advocate of following a dream but I also firmly believe that we should know our limitations. We have to understand and accept that at some point, we have to toe the line, which means knuckling down and being adult enough to say,

"OK, I don't really like my shop job - it's tedious and the customers are often rude, but you know what? At the weekends, I get to run around the woods with my friends, dressed as a mighty wizard... and my boring job enables me to fund my hobby!"

I think the trouble these days is that we're constantly told in schools, in the Media, and by the do-gooders, that every one of us is extraordinary, and that we're entitled to an extraordinary life. And therein lies the problem: yes we are extraordinary... as a species - but that doesn't mean that as individuals, we necessarily are. It doesn't mean we deserve anything, nor have a right to expect anything. Whatever we want, we have to work hard for, and this is something so many people seem not to understand. A lot of people also don't comprehend that just because their doting partner adored the lopsided sweater they took six months to knit for them, it doesn't necessarily follow that people will come flocking in droves to commission more of their 'unique' creations! (OK, amato mio's sweater wasn't lopsided but it's definitely on the large side, and it did take me about half a year to knit!)

Sure, it would be awesome to be able to make a living doing the things we love to do but from experience, I can tell you that even if you do not end up loathing that thing, it will rule your life; you will have to work very long hours for a pittance; and it will always be an uphill struggle.

People are constantly telling me I should open a bistro, and then express surprise when I tell them that it would be my idea of hell on earth (well, one of them)!

"Why?" they ask, "You love cooking, and your food is amazing!"

It's because I love cooking that my food is so good - if I had to do it for a living, I fear the joy would go out of it, and it would become a chore.... worse, it would become something I felt imprisoned by because I would be reliant upon it. I do the things I love doing because they give me (and sometimes other people!) such immense pleasure - far too many times I have tried to capitalise on them, only to realise what folly it is. I don't want to go down that road again!

A hobby is something which should relax you, help you unwind, forget the cares of the everyday world.... when it becomes the source of stress and worry, what then? Do you get another hobby... and then think,

"Oh, perhaps I could make a living out of this?"!!

There is a reason why there are relatively few professional artists, knitters, writers, designers, musicians, athletes, etc. in the world - and they are paid lots of money because they are a rarity. They do what they do because they're driven, obsessed perhaps, and they are only where they are because they work at their craft to the exclusion of almost everything else. None of these people woke up one morning and decided that this is who they wanted to be - they have been these people since they took their first breath, and they have spent all of their lives doing the thing they were born to do. And none of them believe it to be the soft option; working in an office, 9-5, Monday to Friday, is the cushy number... making a successful business enterprise from a hobby is not!

These people are remarkable at what they do - most of us are not. Fact. The sooner people accept it, and understand that they may well not have a life less ordinary but that they can build upon they life they do have, the happier I believe people will be. And probably more fulfilled too.

Be thankful for the life you have - if you are reading this, you are already far more privileged than most of the world's population. You are remarkable in your own way - rejoice in it but don't try to make more of it than it is. And don't expect the rest of the world to view you as anything more than an ordinary human being... just as we all are.
Posted by Unknown at 11:13 0 comments

Be the change you want to see in the world...


Semi-literate indignant rants about how the system is failing, about how there is no justice, blah blah, and asking people to copy and paste to their Facebook walls is not pro-activism. No one who should care gives a fig for your Facebook rantings.

If you are not happy with things, do something positive, take action.

If all you are prepared to do is rant on Facebook, and believe it is enough, then really, you have no cause for complaint about your 'failing' system.*** By not being pro-active, you are just as much a part of the problem - your inaction is seen as acquiescence... is that what you truly want? If you want things to change, you have to do more than pontificate.

Be the change... don't expect others to do it for you so that you can reap the benefits.

*** A failing system, incidentally, which ensures you can sleep easy in your bed at night; which ensures you have employee rights; which enables you to live in comparative luxury; which gives your children (and you) the right to be educated; which provides you with good food and clean drinking water, plus shelter and warmth; which gives you medical treatment beyond the ken of most of the world's population; which allows you to have a monthly overdraft of more money than most people earn in a year; which does not put guns in the hands of your children; which allows you to walk the streets without fear of being raped; which allows you to choose from hundreds of channels to watch on your large flatscreen TV; to read whichever books you desire; to say whatever you like, without fear of recrimination. Some crappy system, eh?
Posted by Unknown at 11:24 3 comments